Over the past couple of years, drones have been getting cheaper and cheaper. Moreover, it seems hard not to want one, especially after seeing what kind of video shots it can take. Since you are a hobbyist drone pilot, you probably have limited experience and expectations of the drones you fly. After all, there is no point in getting a 3900$ drone, if all you will do is cruise around the local neighborhood and take aerial footage of some random homes.

That being said, after new rules and regulations regarding drone piloting have been announced by the Federal Aviation Administration, hobbyist drone pilots were left wondering whether they are allowed to fly their drones and if so, if they have to register and get a license for it. 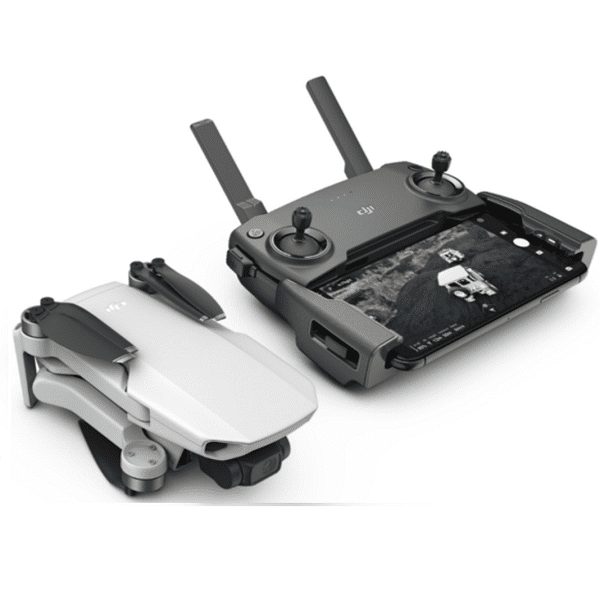 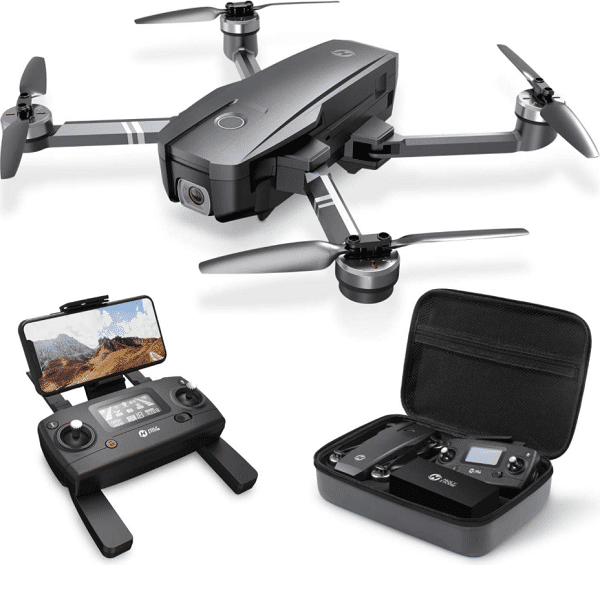 The Federal Aviation Administration has stated guidelines and laws to ensure the safety of people and official aircraft. These regulations are strict and not following them can lead to imprisonment or a huge fine. The laws were put in place in order to make sure that drone pilots fly their drones in a safe and respectful manner. Not complying with the regulations, can cost human lives or prevent the officials from doing their jobs which makes them a necessary evil, like most laws. Hopefully, the rules and regulations are enough to make drone flying safe, so no more restrictions will be implemented.

Here is a link to the official Federal Aviation Administration website, where they give a brief and quick summary of the rules.

If you don’t want to read them, watch a YouTube video explaining the FAA’s new drone regulations.

however, even after watching the entire video, we highly recommend you to read the full list of regulations to ensure your own safety and the safety of others.

A Few Tips and Tricks for Flying Your Drone Better

It’s safe to say that regardless of whether you are a hobbyist or a professional drone cinematographer, there is always room for improvement. This is why this particular section is meant to show you the tips on How to fly your drone better/ How to become a better drone pilot in six steps.

#1  Pick an open space to get to know the movements of your drone.

Being a drone pilot is not an easy task: flying it around in a way that gets you amazing shots and keeps the drone safe and sound isn’t simple. So, the first tip is to take your drone to an open field or park void of people or obstacles to get a feel of the drone, how it pitches, yaws, and accelerates. Being in open space will allow you to get the hang of your drone and take your piloting from the newbie level to at least a basic one.

Every drone including the smallest one has a variety of settings you can either access through the controller or via an app that can be downloaded on your phone. It will allow you to turn on the functions like obstacle avoidance, auto acceleration, and stabilization to do more advanced flying maneuvers.

This is one of the most basic movements everyone should master – following a steady moving object or flying around it. It makes for a great establishing shot whereas excelling at this kind of shot is practically mandatory for most of your adventures. It’s also something that’s useful for getting control over your drone, so practice following a moving object steadily to take your drone flying skills to a new level.

#4 Practice flying low to the ground

Flying the drone close to the ground is harder than flying it up high due to the chance of hitting an obstacle and colliding. Additionally, the lack of wind between the drone and the ground will cause the drone to sink or rise abruptly. Practicing this aspect of flying is necessary to improve your overall skill. Once mastered the perspective, you will be astonished by the shots from this angle. It looks like you are flying over the ground as the ground slides under your feet, making this skill worth learning.

Being one of the most common types of shots, flying over a building or an object to reveal the horizon is one of the coolest drone shots you can take. They are not hard to take, what makes them tricky is getting the framing right. So, hop onto the FPV (first person view) of your drone and practice revealing the sceneries using cinematic methods. These shots make the best intros to videos and leave a great first impression.

Similar to any other skill, practicing is the most important part of the learning curve. The best way to get better at flying your drone and capturing moments is to fly it a lot and try different things, without neglecting safety measures. There is no substitute for practice, so just watch drone videos, see the shots they take, and replicate them in your own videos to your best abilities. At some point, slowly but surely you will get better and better at getting the shots you want.

Are you looking for a drone that will not break the bank yet provide you with a great flying experienceas well as some amazing shots? We have prepared a list of the top 5 drones that will deliver the above without burning a huge hole in your pocket. 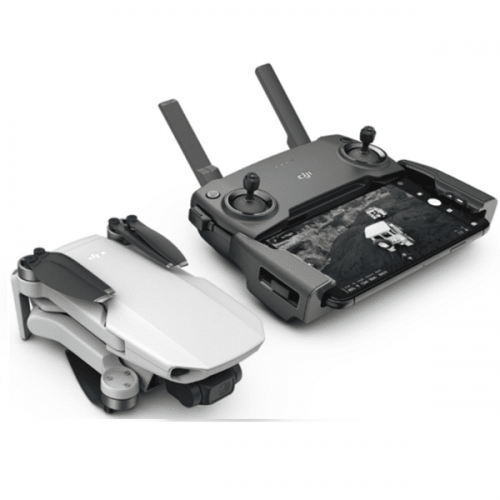 If you know anything about drones, you must have heard the name DJI. Being the lead makers and producers of drones, they manufacture the best high-end drones currently available on the market. Their drones are known for their good quality, great performance, and fair price. This drone is expensive by a cheap drone’s standard but considering the quality it guarantees, it’s unbelievable how many features this gadget packs for the price.

One unusual feature of the drone is its weight: it weighs under 250 grams meaning it doesn’t have to be registered or given a license number to be flown. You simply make a purchase and fly it around right out of the box, as long as you follow the other rules by the FAA.

It is highly difficult to compare it to other drones on the list since The DJI Mavic Mini is just in a league of its own. It would be like comparing a modern smartphone to the Nokia 3310. 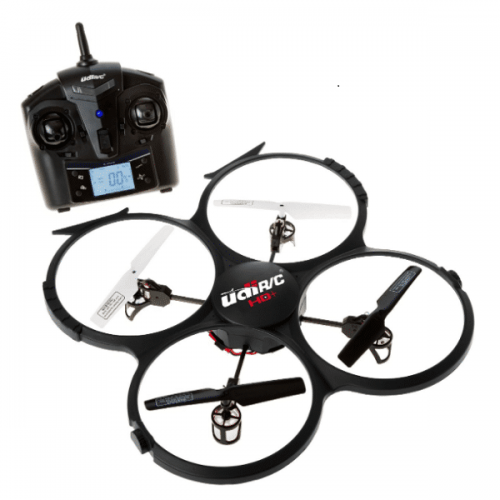 This quadcopter gets all the points for its unique design. UDI 818A is built to allow beginners to fly freely without worrying about the health of their drones. The reason this drone is on the list isn’t because of its insane capabilities or insane performance but for the set of skills that are expected of a drone at a cheap price and with a unique yet really safe and robust design for beginners.

Its camera quality isn’t the greatest and leaves a lot to be desired, on the other hand, it is perfect for newbies who just got their first drone and want to learn how to fly it.

Compared to the DJI Mini, the SYMA X5C drone is the exact opposite whereby it operates at every level that the DJI drone does but far worse and at 10 times less cost. This drone is aimed at beginners who just need to get a drone to learn the basics and get the hang of flying and taking aerial shots.

Here are some of the pros and cons of this drone. 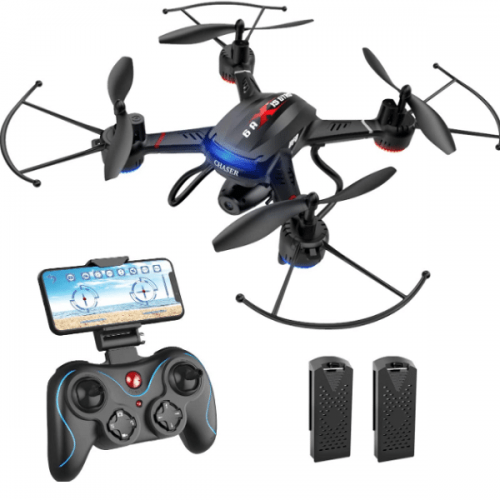 The Holy Stone F181 is perfect for people who want a better drone than Syma X5C or UDI 818a yet don’t want to go all-in on a gadget like the DJI Mavic mini. It comes with features like headless control, that allows the drone to successfully execute a landing even if the pilot is inexperienced or does it wrong. Also includes a headless return feature that ensures that the drone returns to the pilot if flown out of the intended range. The drone does cost a lot more but compared to the high-end offerings, it has a passable camera 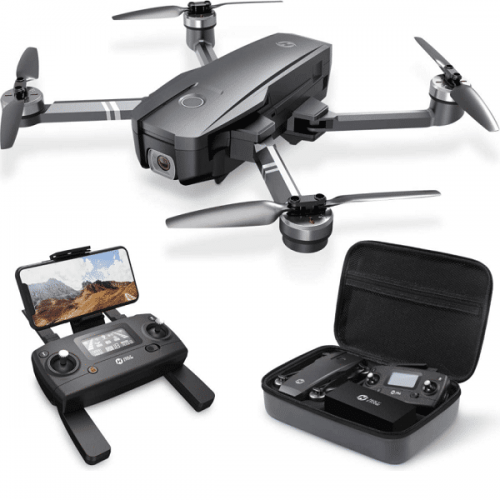 Conclusion the list is a drone that also doesn’t want to spend too much cash on a gadget but still desires a drone with a very promising number of features yet costs under 300$.

First of all, Holy Stone HS720E feels like a high-end professional drone and comes at a high price. It has FPV mode crucial for getting amazing cinematic shots from the sky and a flight time of around 25 to 30 minutes. Holy stone really did it with this time: they made a drone that can actually compete with the DJI drones. It was clear that DJI wasn’t going to release an all-round drone at a low price point since the DJI Mavic mini was already the lowest as they were willing to go. The only true competitor they had was Holy stone that really went all-in on their new model trying to compete against DJI and succeeded.