The Federal Aviation Administration (FAA) is the regulatory US-government agency tasked to implement rules and regulations specific to flying drones or UAS (Unmanned Aircraft Systems) in all states of America including Pennsylvania. This guide covers drone laws in every city in Pennsylvania including: Philadelphia, Pittsburgh, Allentown, Erie and more.

Federal Rules and Regulations for Drone Use in Pennsylvania:

Drones/UAS for Work or Business Use. Drone use is allowed in compliance with the FAA Part 107 guidelines.

Drones/UAS is prohibited in its unlawful use that invades another person’s privacy.

Ordinances issued in some Pennsylvanian municipalities:

Drone operators must know and follow the guidelines provided by the FAA if operating for recreational, work/business purposes, passed the knowledge test, and must check if the city has temporary flight restrictions.

Recreational drone operators are not allowed to fly their drones at a certain event declared as “No Drone Zone”. But, commercial drones are allowed by securing an FAA waiver and must notify the City prior to launch through the Philadelphia UAS Notification Form.

The state park with fly zones is Benjamin Rush, State Park. Contact the park administration prior to operating your UAS.

Pittsburgh parks are off-limits to recreational drone users. According to Pennsylvania state law, [Title 8, Sec. 305, 2018], drones can only be used at fly zones within a designated park.

Ordinances issued in some Pennsylvanian towns:

Operation of Drones/UAS for recreational purposes (unmanned aircrafts systems) is restricted within Township boundaries indicated in PIT  UAS maps designated as “safety critical lands”.  For other specific matters, drone operators must secure approval from Airport Authority. Penalties for violations is indicated under §6-405 [Ord. 666, 10/04/2017]. 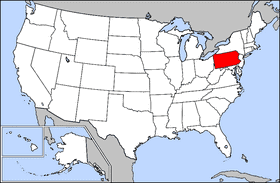 Drone laws in the state of Texas