Home » Can you Fly DJI Drone at Night
Tips And Guides

Can you Fly DJI Drone at Night

You can fly a DJI at night but it is recommended not to fly at night until your drone has lighting which allows you to track its location and orientation at all times.

Also, if your drone is over 250g, it’s mandatory to register it with the FAA. Adding a strobe light to your drone can cause it weighs over 250g.

Can I fly my Mavic Mini at night?

You can fly a DJI Mavic mini at night. However since the mini doesn’t come with lights, you might lose track of it at night. So it’s recommended that you add a lightweight strobe light so you can track your mavic mini. Keep the movement minimum.

The quality of the image and video is not so good during the night as the videos are too dark and there is no way to improve that either. If there is not enough light, the results are blurry and too noisy. 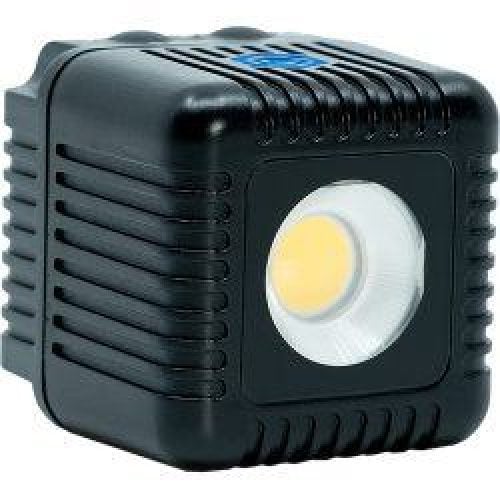 Once more, I’m going to go over the settings of my drone when I’m flying it at night time. Like I said, always calibrate it, then tap on settings and then go down to the main alert settings, always change max flight altitude. I’ll put it to like 250-350 feet.

I’m very scared of losing the drone at night time, that is one thing I don’t want happening to me. So I always change the maximum flight altitude down and then I also set a max distance as well, so it doesn’t go too far.

Whatever shot I need to get at night, it doesn’t need to be that high or far away from me. PS, You don’t have to do the all that safety issue if you’re very confident in your flying skills.

Another thing I also do when I’m flying at night time, I have the Return-to-Home setting on. That is a no-brainer even when I’m flying out during the day, I have that set on. Just in case I lose signal or anything like that.

Lastly, make sure you have your LED lights settings right. You want your front red lights to briefly turn off while taking a photo or video.

Rules for flying drones at night

Do I Need A License To Fly My Drone At Night For Commercial Purposes?

In order to qualify for such pilot certificate, You need to be at least 16 years old. There are two options for applying for the certificate:

Once you have your pilot certificate, you need to apply for a Night Waiver from FAA. In order to get your night waiver, follow these steps on the FAA website.

Tips For Flying Drones At Night

The first tip that I have for you, is to know your area. You really want to be familiar with where you’re flying your drone at night. Whether do you flown there before or you pass by it every single day.

It really is all the same but you want to make sure that you’ve seen the physical area that you’re in, in the daytime. So that you know where all the trees are, the buildings, the power lines, or any other obstacles that there could be.

When you fly drone at night time, it really is hard to see things that you haven’t seen in the daytime. That’s the reason I am usually going to the same spot in the city or in the town that I’m close to, to get some cool long exposure pictures. Because I know all the obstacles and all the buildings and power lines that are around.

Be Aware of Your Surroundings

The next tip that I have for you is to be aware of your surroundings. Basically, all I’m trying to say is, just be safe when you go out to fly your drone.

And yeah, I know I sound like your mom, but honestly, it’s true. Whenever I’m flying my drone, I’m always so deeply involved in my phone screen trying to get the best shot. Or I’m trying to look in the air for the Drone and I’m really not paying attention to my surroundings or anyone coming up to me.

See also  How To Factory Reset A Drone: Mill Resetting Your Drone Explained In Simple Steps 2022

So honestly, it is good at night time, especially when it’s kind of sketchy out, just to make sure that nobody comes up to you.

Even bring a friend with you, or usually, I’ll bring out of my mom or my girlfriend to kind of just watch over me, as I’m trying to fly my drone. Just to make sure that nothing happens.

Remove Your ND filter when flying drone at night

Now, this next tip seems like a no-brainer, but I figured I’d throw it in here. Basically, you always want to make sure to remove your ND filter when flying at night.

I know again this kind of seems like a no-brainer, but honestly, I just figured I’d throw this in here to remind you. It’s a thing that I’ve done a few times by accident, and it’s annoying to send your drone up in the air at night and then have to have it come back to land. Just to switch the filter out so.

Just to remind you, always make sure that you pretty much leave your ND filter at home whenever you go out to fly your drone during the night time.

The next tip that I have for you, is to fly with increased altitude when flying your drone at night. When you’re flying from point A to point B, I would always recommend going up to around 300 feet.

Just to avoid any obstacles that you may not know. There may be new opticals that came up overnight. You never know if they raised some temporary power lines for example. I really don’t know I just like to fly out around 300 feet as I said.

Just to make sure I don’t run into anything. 300 feet may seem like overkill, but honestly, I feel like that’s the sweet spot. 400 feet is sometimes pushing the FAA limit.

And then, once you get down 200 feet, you could be running into some super tall building. super tall trees. You are not sure what could be around there.

I would always recommend flying at 300 feet, that seems to be the sweet spot, and then from there, once you get your destination where you want to take a video or a picture, you could always lower your drone down to whatever height that you need.

Keep your eyes on your night drone

The fifth tip is to always keep your eye on your drone when flying at night. I know that it’s an FAA regulation that you need to be within line of sight of the actual drone, but during the daytime, I’ll tend to switch between looking at the Drone and also looking down at my screen or my monitor. W

hatever I’m using at the time. But whenever I am flying my drone at night, I only look at the drone and I follow the LEDs. As when I look through the screen, it’s hard to see any obstacles that could be in front of me. It is much easier to follow the red and green lights moving throughout the sky.

Another thing that I’ve noticed. When flying in photography mode with the high shutter speed, the picture is kind of laggy when I am trying to fly. Thus making it an inaccurate representation of what’s actually in front of your drone.

You might know what I mean when you flip in the picture mode on your iPhone and you looking around. It’s kind of laggy and kind of glitchy. But once you switch to video mode, you see that it’s nice and smooth. I would never recommend just looking down at your phone screen, as it really isn’t an accurate representation of what’s around you.

I would always recommend watching your drones LEDs as they are super bright and really easy to follow.

Turn off drones LEDs when taking a picture at night

You want to make sure the front LEDs are turned off on your drone when taking a picture or taking a video. A reason you want to turn them off is that they give you this weird funky red glow when you’re trying to take a picture or video. I’ll show you a little example of it in the next picture. As you can see, when my drone is stationary, the red glow is present, but it’s really not all that bad.

You can go to settings and completely turn the front LEDs off, but I would recommend not doing that as I said. One of my previous tips was to always use that front led to know where you’re flying around.

So another way is that we can make the copter turn the front LEDs off only while taking a picture or video. Go into the camera settings -> general, and then hit front LEDs Auto turn off. This is going to allow the front LEDs to turn off automatically when you hit the shutter button or when you hit the record button. This comes in handy all the time for me. It’s so nice not having to flip the LEDs on and off yourself.

What Happens If A Drone Hits A Helicopter 2022

Guide To Levels Of Drone Autonomy 2022

How Much To Spend On A Professional Drone 2022?

Can I Fly DJI Drone In The Rain?

What Happens If A Drone Hits A Helicopter 2022